The Spectre of Satan stood upon the roaring sea & beheld

Milton within his sleeping Humanity: trembling & shudd’ring
He stood upon the waves a Twenty seven fold mighty Demon
Gorgeous & beautiful: loud roll his thunders against Milton:
Loud Satan thunder’d, loud & dark upon mild Felpham shore,
Not daring to touch one fibre he howl’d round upon the Sea.
I also stood in Satan’s bosom & beheld its desolations:
A ruin’d Man: a ruin’d building of God, not made with hands:
Its plains of burning sand, its mountains of marble terrible:
Its pits & declivities flowing with molten ore & fountains
Of pitch & nitre: its ruin’d palaces & cities & mighty works:
Its furnaces of affliction, in which his Angels & Emanations
Labour with blacken’d visages among its stupendous ruins,
Arches & Pyramids & porches, colonades & domes,
In which dwells Mystery, Babylon, here is her secret place,
From hence she comes forth in the Churches in delight,
Here is her cup fill’d with its poisons, in these horrid vales,
And here her scarlet Veil woven in pestilence & war;
Here is Jerusalem bound in chains in the Dens of Babylon.
In the Eastern porch of Satan’s Universe
Milton stood & said:
Satan! my Spectre! I know my power thee to annihilate,
And be a greater in thy place, & be thy Tabernacle,
A covering for thee to do thy will, till one greater comes
And smites me as I smote thee & becomes my covering.
Such are the Laws of thy false Heav’ns: but Laws of Eternity
Are not such: know thou! I come to Self Annihilation.
Such are the Laws of Eternity, that each shall mutually
Annihilate himself for others’ good, as I for thee.
Thy purpose & the purpose of thy Priests & of thy Churches
Is to impress on men the fear of death; to teach
Trembling & fear, terror, constriction: abject selfishness.
Mine is to teach Men to despise death & to go on
In fearless majesty annihilating Self, laughing to scorn
Thy Laws & terrors, shaking down thy
Synagogues, as webs.
I come to discover before Heav’n & Hell the Self righteousness
In all its Hypocritic turpitude, opening to every eye
These wonders of Satan’s holiness, shewing to the Earth
The Idol Virtues of the Natural Heart, & Satan’s Seat
Explore in all its Selfish Natural Virtue & put off
In Self annihilation all that is not of God alone
Composed c. 1804-11 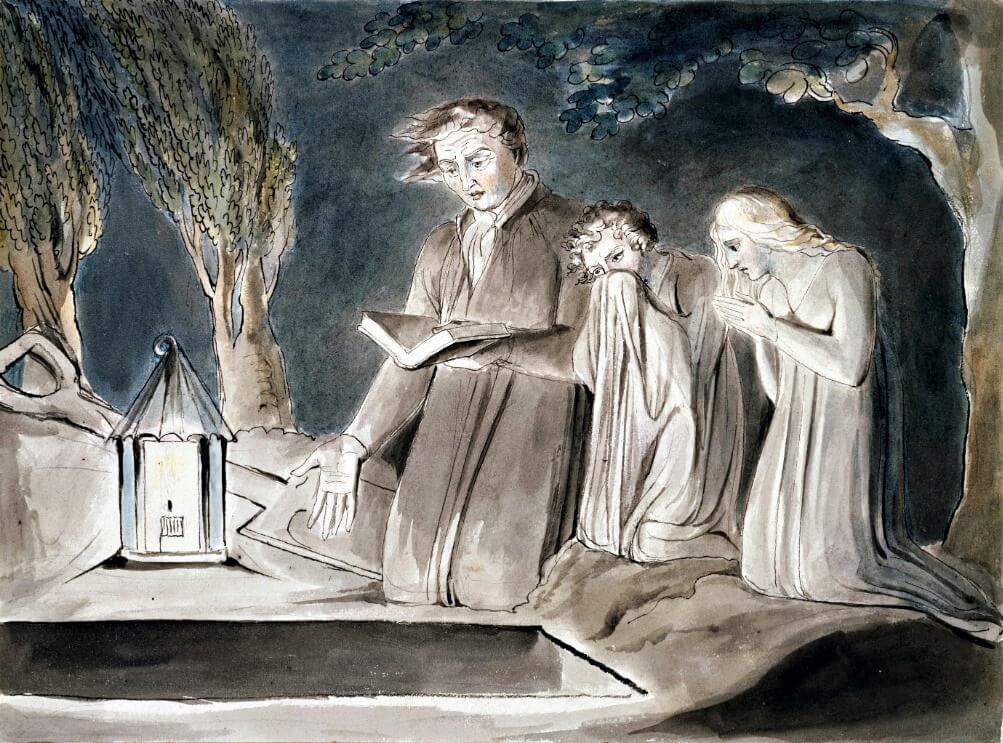 William Blake
A Man and Two Children beside an Open Grave, from Blake’s Illustrations to Robert Blair’s ‘The Grave’ (1805)

This is Wordsworth’s God: a dark, terrifying and indifferent absence that lies ahead of us like a gash. It’s a vision of the future according to those who believe in Natural Religion, which is what the man is revealing to the two horrified children. Blake believed that this view of life beyond the grave was a delusion and a projection of the ratios of memory and Urizenic reasoning, which don’t know what they don’t know – since reality lies beyond its programs and self-reflexive parameters (note the book: always a sign of learned, Urizenic ideas, not direct intuited wisdom). It projects its own inner Void into the outer Void, and becomes a mind-set obsessed with death (the image of the skull is its God) and with the nothingness it senses within itself. Blake’s work is an attempt to challenge these assumptions: Thy purpose & the purpose of thy Priests & of thy Churches
Is to impress on men the fear of death; to teach
Trembling & fear, terror, constriction: abject selfishness.
Mine is to teach Men to despise death & to go on
In fearless majesty annihilating Self, laughing to scorn
Thy Laws & terrors

From The God of the Left Hemisphere 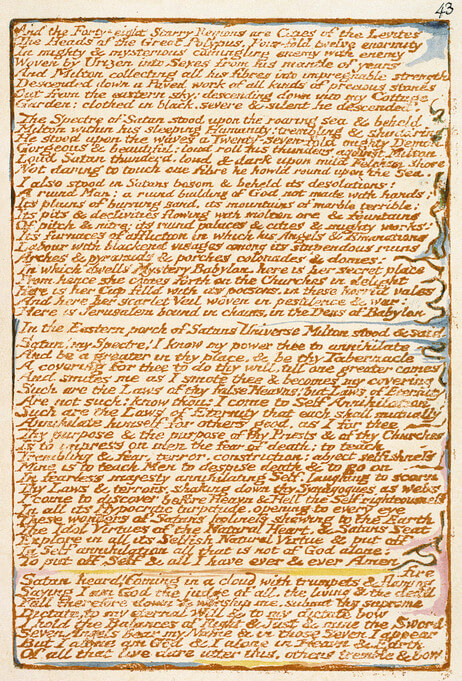 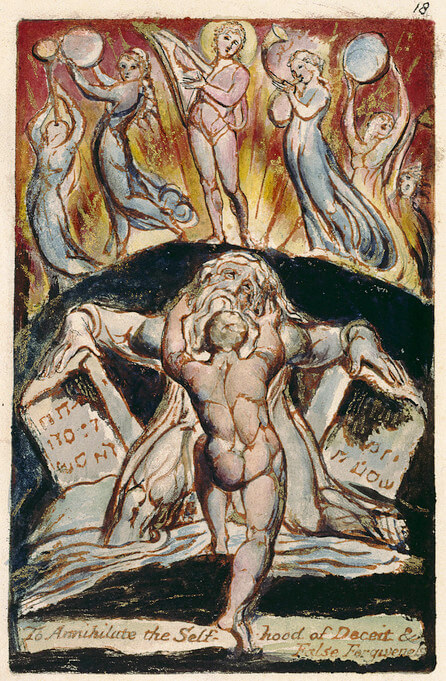 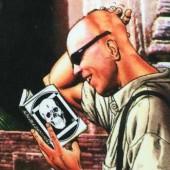 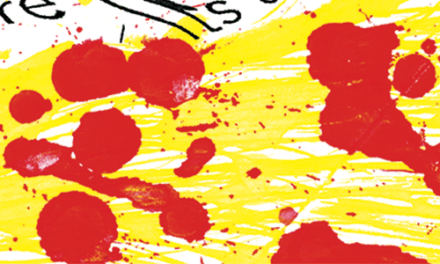 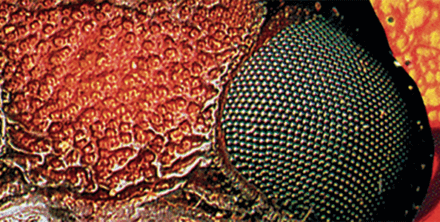 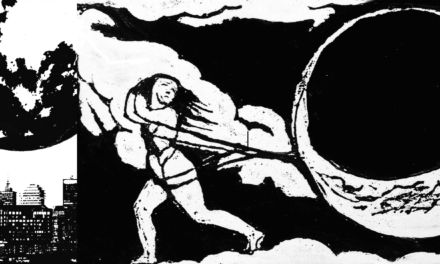