The Traveller in the Evening 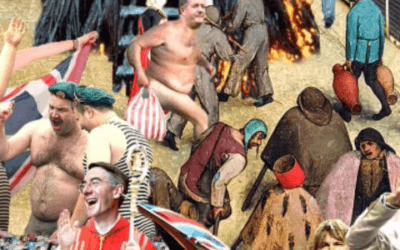 Video Interview with Andy Wilson re. Jerusalem: Blake, Parry and the Fight for Englishness

The patriotic frenzy around Brexit and the death of Elizabeth Mountbatten-Windsor offers an opportunity to reappraise Blake’s song Jerusalem and the nationalistic impulse so many find in it. Here Conor Kostick interviews Andy Wilson about his recent review of Jason Whittaker’s new book on Blake’s ‘Jerusalem’.

The patriotic frenzy around Brexit and the death of Elizabeth Mountbatten-Windsor offers an opportunity to reappraise Blake’s song Jerusalem and the nationalistic impulse so many find in it. Jason Whittaker’s new book on Blake’s ‘Jerusalem’ is reviewed. 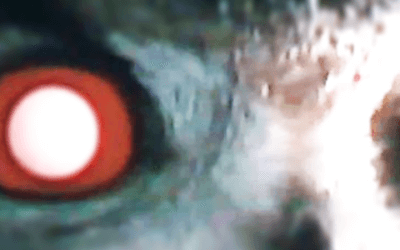 In researching for the recent Blake Society meeting on Blake and Blade Runner I discovered aspects of the film and Philip K Dick’s original story that radically change our understanding of the story and bring it more closely into line with Blake’s core vision. 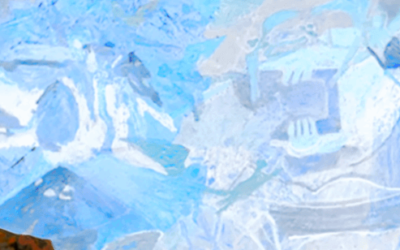 Brian Catling: Avoiding Blake: Defeated by a Flea in the Ear, a Talk to the Blake Society

Brian Catling gave a talk to the Blake Society about his relationship to Blake, running a meter over his work to detect splinters of Blakean influence, from his early confusion of Blake and Bunyan, to his use of Blake as a character in his novel, The Erstwhile. 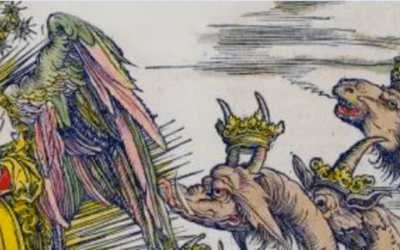 A talk given by Andy Wilson for the Blake Society at St Luke’s Community Centre, Islington, London, on 24th Nov 2021, for the residents around Bunhill Fields, where Blake is buried. 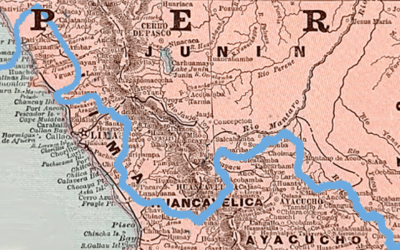 Iain Sinclair: Blake’s Mental Traveller and The Gold Machine, a Talk to the Blake Society

In Sept 2021, Iain Sinclair gave an improvised talk to the Blake Society about how Blake’s poem, The Mental Traveller, became the map and model for a lifetime of journeys and pilgrimage quests. The Mental Traveller was an awakening, to be experienced but not yet understood. The poem returned at various points in the years that followed, until it was acknowledged as the secret code for Sinclair’s most recent book, The Gold Machine, a late-life expedition to one of the sources of the Amazon, in the footsteps of his great-grandfather. 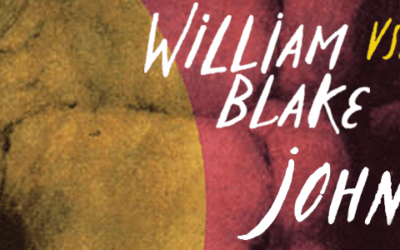 Video Interview with Andy Wilson re. William Blake vs the World

John Higgs recently published his book, William Blake vs the World—a ‘countercultural’ take on Blake’s work, written for a non-academic audience. Here, Conor Kostick interviews Andy Wilson about his review of the book and more generally about Blake’s relevance to the countrculture.

Blake in Beulah: A Review of John Higgs’s ‘William Blake vs The World’

John Higgs’s new book promises a contemporary take on the works of William Blake, making them relevant to a modern audience generally, and to the counterculture in particular. So, how well does it live up to its promise? 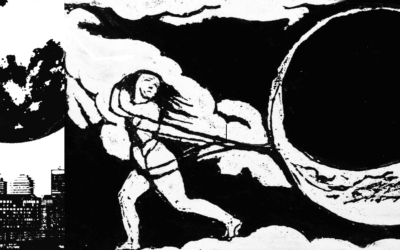 The Fall’s Before the Moon Falls, W.B., Jerusalem and creating a system of your own 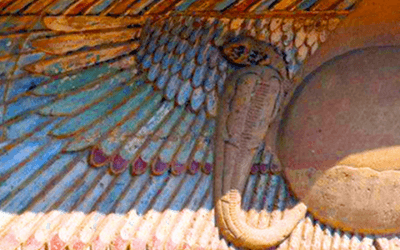 What did Blake meantby saying that when he looked at the sun he saw a choir of angels singing ‘Holy, Holy, Holy’, and how does it relate to his depiction of apocalypse. 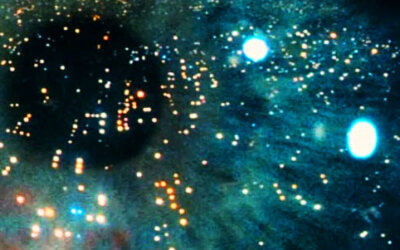 The film Blade Runner is hugely successful, but what does it mean? As the makers hint, the key is to watch it through the eyes of William Blake and his mythology of liberation. 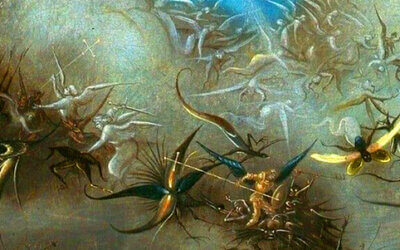 Blake and the Mad Crew: The Ranters and the Historians

While A L Morton thought Blake may have read the work of the Ranter, Abiezer Coppe, modern historians say there is no evidence of Blake being familiar with Ranter texts. How much do Blake’s ideas overlap with The Ranters? I look at the Justification of the Mad Crew (1650) to compare. 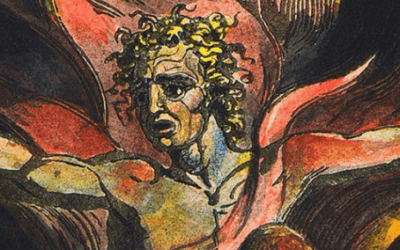 William Blake as a Revolutionary Poet

Few could deny that William Blake supported the radical politics of his time, yet revolutionary ideas were not an adjunct to his visionary genius, but the living heart of it as a poet.

An analysis of the recently discovered engravings by Serge Arnoux illustrating William Blake’s ‘Proverbs of Hell’, with a discussion of surrealism and Blake, and the impact of Moravianism on Blake’s idea of faith, sexuality, freedom and religion. 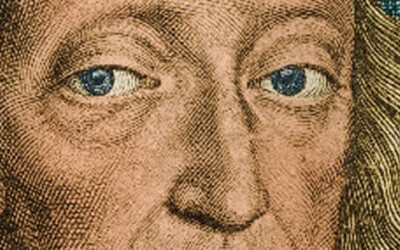 To celebrate Blake’s birthday, here is one of his illustrations for Milton’s L’Allegro, along with the poem itself, which seems suited to the mood fo the day. 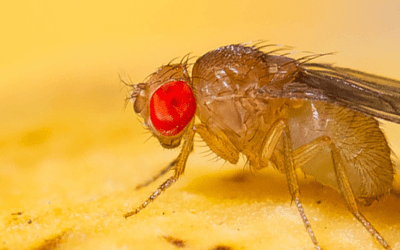 Excerpted from the book Faust: Stretch Out Time, an essay about how great music helps us escape Urizenic time, dead time. “Out of time, into space” (William Burroughs) 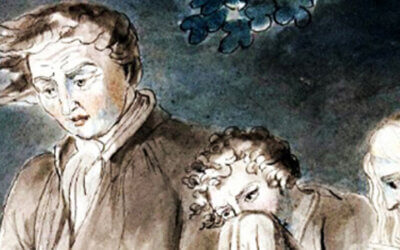 Thy purpose & the purpose of thy Priests & of thy Churches
Is to impress on men the fear of death; to teach
Trembling & fear, terror, constriction: abject selfishness.
Mine is to teach Men to despise death & to go on
In fearless majesty annihilating Self, laughing to scorn
Thy Laws & terrors 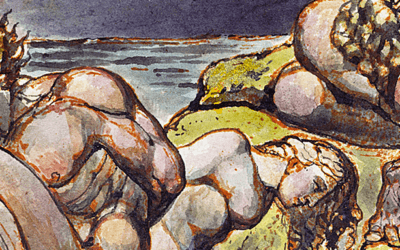 The Irish Independent Left conducted an interview with the historian Peter Linebaugh about his book, Red Round, Globe Hot, Burning, which discusses Blake at several points and makes some excellent observations about him, Thomas Spence, and others, and their relevance to our times. 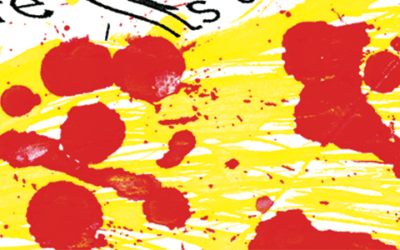 The Tyger is potentially the Led Zeppelin of Blake poems — brash, bombastic and unnervingly successful. It is supposedly the most anthologised poem in the English language — stadium poetry, if you like. Your children will probably come across it at school. Along with the Parry’s version of Jerusalem, this is the Blake that people know. 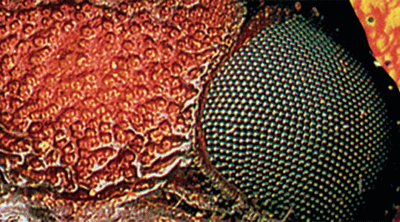 At the televised Vice-Presidential debate last week with Kamala Harris, Mike Pence spectacularly ignored the fly that came to rest very publicly on his head. This act of wilful ignorance crowned Pence’s role at the side of Donald Trump as ‘the man who pretended not to notice‘. 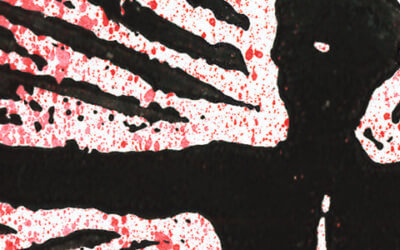 Two years after inventing relief etching, the printing method best suited to recording late 18th century revolutionary free improv visions, William Blake & his wife Catherine moved to 13 Hercules Buildings, Lambeth, London. For the next ten years at the Hercules, according to James Joyce, “Elemental beings and spirits of dead great men often came to the poet’s room at night to speak with him about art and the imagination.” 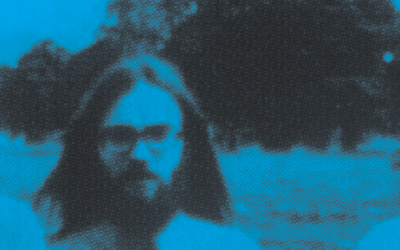 “There is no group more mythical than Faust” (Julian Cope) “When the Germans do something, they don’t fuck around” (Jean-Hervé Péron): A book about the band Faust, the legendary krautrock group. Fully illustrated, it contains reviews all of the group’s records from the period 1970-75 as well as recounting the rise of krautrock and its relation to the social upheavals of the ’60s. 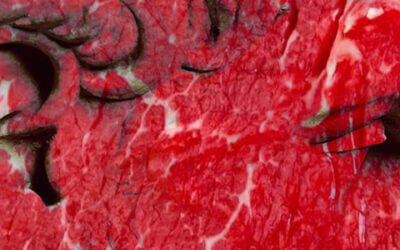 Fun with the Modern Atheists

Dialectical Materialist: Sam Harris is a racist. I’d have God over him, and I don’t believe in God. Religious Obscurantist: Not caring isn’t evil. The universe doesn’t care about you, and it isn’t evil either. In short, God resembles the universe more than he resembles a swimming pool attendant. It’s not rocket science.

Andy Wilson lived in Seaham Harbour, Peterlee, Hartlepool, Kings Lynn, Coventry, Torpoint, Eastleigh, Lee-on-Solent, Portland, Weymouth, Loughborough, York and Liverpool before putting down anchor in Hackney, London. On leaving King Henry VIII school in Coventry, he served as an Engineering Artificer in the Royal Navy, then studied at the Co-operative College, and York and Middlesex Universities. He has worked as a political full-timer, a lecturer in the Workers Educational Association, as a computer programmer, and finally as an engineering manager, CEO and a Director of a number of companies. With Ben Watson / Out to Lunch, he founded the Association of Musical Marxists (AMM). He has written books on the German group Faust, the Romanian Spectral composers Iancu Dumitrescu and Ana-Maria Avram ('Cosmic Orgasm'), and on the Syrian Revolution ('Khiyana'). He also writes poetry and created a book of lo-fi psychedelic illustrations to Blake ('The Brilliant New Hercules'). Andy has been a trustee of The Blake Society, and his main interests lie with Blake, radical theology and politics, and Surrealism.
Manage Cookie Consent
We use cookies to optimise our website and our service.
Manage options Manage services Manage vendors Read more about these purposes
View preferences
{title} {title} {title}